I do not like the Trolls.  There, I said it and I stand by it.  As a stay-at-home dad I feel like I’ve sat through the Trolls movie an infinite amount of times.  Therefore, when I say I don’t like it, I really mean I do not like it.  Yes the colors are bright and happy, yes the music is good, but beyond that, it has scenes that are questionable at best.  It’s like the people working on the movie didn’t realize they were making a movie for children.  So without further ado, here are my top 5 reasons I do not like the Trolls movie.

1.  There is no redemption for the villain. 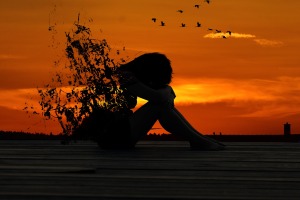 The villain in the Trolls movie is a woman known only as Chef.  Basically, the only way for the Bergens to be happy is to eat trolls.  Therefore, Chef has a lot of influence within the Bergen kingdom because she’s the one who prepares the trolls for the town.  At the end of the movie, the Bergens come to the realization that they don’t have to eat Trolls to be happy.  Even though all the other Bergens understand this, Chef seems incapable and tries to make one last effort to have a Troll eaten.  This doesn’t go over well and she is kicked out of the king’s castle on a flaming food cart.  At first she rolls away and the audience doesn’t know what happened to her, which is fine with me.  However, after the credits roll for a little while, it is revealed that she gets eaten by some hill monster thing.  She never sees the light and realizes that she doesn’t have to eat Trolls to be happy.  She never finds happiness at all.  It’s all so bleak and unnecessary in my opinion and it would be nice to show kids that people can change for the better.

2.  The villain in the movie looks overly scary. 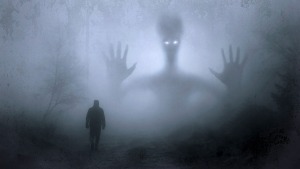 I wish I could attach a picture of Chef here to fully illustrate my point but I obviously don’t have written consent to do such a thing.  Therefore, you’ll either have to take my word for it or google it.   When you see Chef hunting for Trolls with those red, demonic looking eyes, you’ll know that SUPERishDAD warned you and you should have listened.  Don’t get me wrong, “The Exorcist” is a million times scarier, but still, this is a movie meant for kids.  Would it have killed them to make the villain just a tad bit less scary?  Gargamel from the Smurfs is a villain, but he never seems like he’s going to devour your soul.

3.  The fact that the Bergens eat the Trolls for happiness. 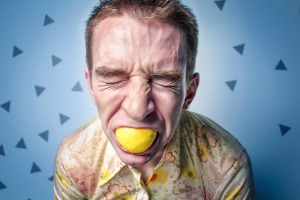 Why is that necessary? They had so many other options and somehow they landed on eating Trolls for a kid’s movie.  I mean, kudos to them for not showing footage of a Troll being ripped apart in a Bergen’s mouth, but seriously, why is this the plot of a kid’s movie?  Maybe the trolls build the most beautiful buildings and the Bergens are constantly trying to capture the Trolls to steal their secrets.  Maybe the Trolls accidentally took something of great value from the Bergens and now the Bergens are out for revenge due to the misunderstanding.  Maybe the Bergens want the Trolls’ land.  These are 3 random ideas off the top of my head that would have made a more appropriate plot than Trolls must be eaten as a path to happiness.

4.  The tale of Branch’s grandma getting eaten. 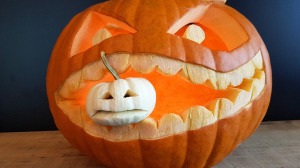 One of the main characters in the movie is named Branch.  He’s a super stressed Troll who is so scared of the Bergens eating him that he’s built a bunker underground just to survive if the Bergens come to snatch Trolls.  He’s not as colorful as the other Trolls and shows signs of depression.  Some of the Trolls are captured by Chef and are going to be eaten in a few days at the Trollstice celebration.  While they are in the king’s castle, the Trolls actually find a Bergen named Bridget to befriend.  Bridget is Chef’s scullery maid who wants to date the king but lacks the self confidence to see that dream as a possible reality.  Therefore, the Trolls decide to sing to her as a sort of pep-talk.  The Trolls quickly realize that Branch isn’t singing and start badgering him to talk about why he refuses to sing.  Branch eventually breaks down and states that a Bergen ate his grandmother while he was singing and he blames himself for her death.  But just telling the story isn’t enough for the sociopaths who made this movie and they have to show a flashback.  The scene shows a very cute, more colorful, version of young Branch singing his heart out when the terrifying Bergens come and snatch away his grandmother.  What’s even worse is the Bergens were actually going for Branch, but his grandmother sees it and sacrifices herself to save him.  Maybe you hear this story and you think, “Surely they reveal that his grandmother somehow survived all these years and escaped.”  Nope.  She is never heard from again. 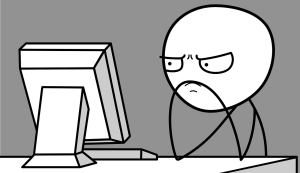 In one scene, Branch is talking to Poppy and asks the question, “Don’t you know anything about sarcasm?”  Then, out of nowhere, a character named Cooper sticks his head on screen and says the line, “I think I had a sarcasm once.”  Then he looks into the camera with a big smile.  It’s obvious what the joke is referencing.  Why put that in a kid’s movie?  What’s the point of adding such an innuendo?  Let a kid’s movie be a kid’s movie.  If I want crude adult humor I will go see a movie made for adults without my child.  I think what makes it worse is animators had to spend time making that scene and nobody said maybe we should leave it out.  I’m sure it’s over most children’s heads but it just didn’t have to be there.

With all these things said, my 2 year old daughter loves the movie.  She asks to watch it by name on Netflix.  She knows most of the character’s names.  She has a Poppy doll and a big pillow with all the Trolls on it.  She used to have a ball pit that had the Trolls on it until she popped it.  When I drive her somewhere she sings along to the songs from the movie.  It’s like she doesn’t know how terrible that movie is and doesn’t care what SUPERishDAD thinks.